Frank Browning Banner
So You Think You Can Dance 2:
Electric Boogaloo!
Brobocop here, Back Online. Back On Duty. I had a lot of fun slapping together the first entry of So You Think You Can Dance, so I beefed things up a bit this time around. I also took note of some suggestions in the comments section here and on Facebook. So hopefully there’s a little bit for everybody! With that being said, let’s all get on our dancing shoes and get to it, shall we!?
7) Hank Blaine in Creepshow 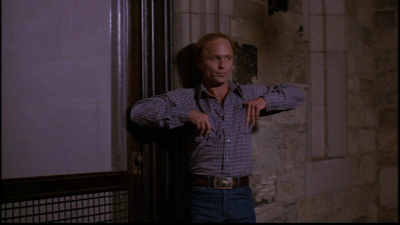 File this under “That face is gonna get ya laid!” What a riot. Unfortunately, this magic only goes on for about 20 seconds, but it is a damn great 20 seconds. That’s about all I have to say for this one! 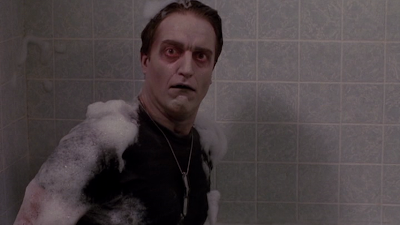 File this under “Cannibalistic Humanoid Underground Dancing!” Truth be told, I love Bud the CHUD. So freakin silly and one hell of a fun party movie. Ya know what else I love? Halloween themed dance scenes! This one is fucking ace. Bud bustin’ in with his crew of CHUDDIES (CHUD Buddies, HAH!), not giving a single fuck.

5) Sammi Curr in Trick or Treat 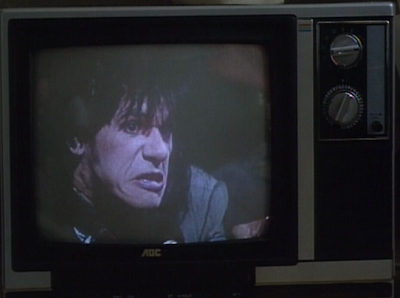 File this under “Nobody puts Rock’s Chosen Warriors in a corner!” It’s really no mystery as to why Curr had moves that would give Travolta a woody. The late Tony Fields who played our satanic hair metal maniac had a history of gymnastics and dance training, worked in various music videos, and was a member of Solid Gold. This –another Halloween dance setting– entire scene here is lightning in a bottle, as far as I’m concerned. RIP, dude, and always, horns high for Sammi Curr!

4)Angela in Night of the Demons 2 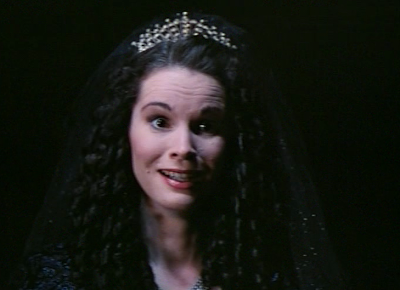 File this under “Morbid Angel on the boombox at a Catholic boarding school!?” Welcome Angela back to So You Think You Can Dance! She’s changed up her hottie school goth girl look from the first film a bit. Now she looks more MILF gothy. A lady who probably takes her kids to soccer practice, and even attends all the games, but still finds time to rock Bauhaus in her living room late at night. I was already familiar with the song “Rapture”, thanks to Headbanger’s Ball. Needless to say when it kicked in during this Halloween Catholic school dance scene, I shit a couple of egg rolls.

File under “Poor Brewster”. Really, gotta feel bad for Charley. His boyish good looks just didn’t stand a chance against the master charm of Jerry Dandrige. This dance scene absolutely screams the 80s, and has a hotness about it that can’t be matched. All the butt touchin’ ‘n shit; too much to handle! I’m getting sweaty just typing this up! I love how everyone around them are straight up dancing their fucking asses off, but Amy and Jerry are just doing their own thing.

2) Violet in Friday the 13th: A New Beginning 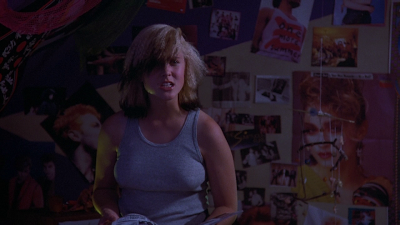 File under “Homegirl is FEELING THAT SHIT!” For real, check her out! It really sucks that Violet bites the dust, because she was super cute and I love girls with issues. Had I been Roy, I would’ve busted up in that room, took off my hockey mask and just started dancing right along with her! Or maybe I would’ve left the mask on, because who doesn’t wanna see a dude all Jason’d out dancing like that?

1) Trash in Return of the Living Dead 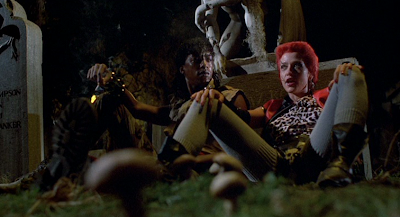 File under “FAP FAP FAP FAP FAPPITY FAP FAP FAP”. Forgive me for pulling out the male pig card here, but Quigley has one of the most rockin’ asses I’ve ever seen. I mean good grief. I’m saying no more here, as I doubt anyone is reading.

That’s right! Myers sure as shit loves to tear it up when he gets shot, it seems.
The End
?
-Brobocop Entering Sleep Mode
Back Online Back On Duty.
BOBOD Facebook Page.